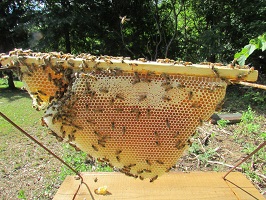 While we added reindeer to our farm in 2017, the story really begins in 1994 when we bought about 25 acres of corn field and built our home in the middle of the lot while raising a family of two daughters and two sons. 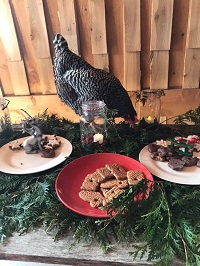 Through the years we converted the land into our own little hobby farm. We planted hundreds of trees, dug a few ponds and enjoyed our little slice of the world as the kids grew up. We have raised turkeys and pheasants. We have had "pet" chickens and peacocks. We maintain 2-6 honeybee hives, the numbers depending on the winter losses. And we have been making a token amount of maple syrup in our little wood fired sugar shack for many years. We aren't in the business of selling eggs, honey or syrup. The amount we make is just too small. Mostly we just give away the results of our hobbies. 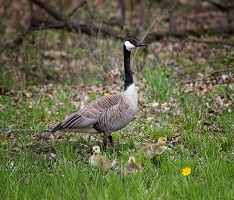 Our latest addition to the farm started on Christmas Day, 2015. After reading an article online about various reindeer owners in the lower 48 and attending a ROBA (Reindeer Owners and Breeders Association) conference, we decided that a few reindeer would make a nice addition to our farm. Over the next few years, coordinating with local, state, and federal agencies as well as several veteran reindeer owners, we cleared a few acres of brush, planted grasses reindeer could eat, built fences, constructed a barn and got ready to accept our first two reindeer.

In September of 2017 we were able to achieve the goal and welcomed the arrival of two bull calves, Moose and Little Buddy. 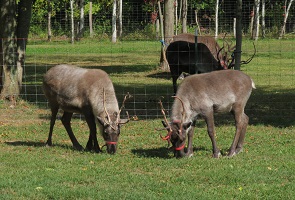 In September of 2019 we added two new boy reindeer: Uhtred and Ragnar! We hope to expand to a total of six in the next few years. 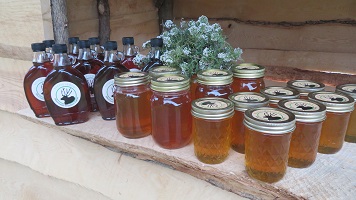 Unlike our chicken, honey, and maple syrup hobbies which we still currently enjoy, the reindeer "business" is proving to be a little bit more extensive than planned. If you've ever read the book "If You Give a Mouse a Cookie" you'll know exactly what I mean. 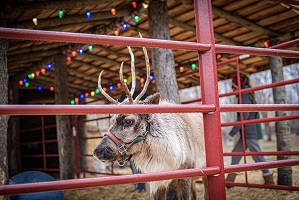 I don't know how this little guy got here

So, all these cookies aren't exactly free. To help defray some of the costs we provide off-site appearances Friday-Sunday (click here to learn more about booking an appearance) and we open up our home for vistors (click here to see our upcoming events). 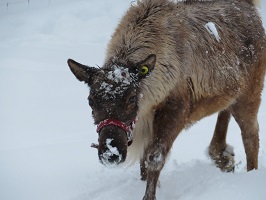 This is totally normal 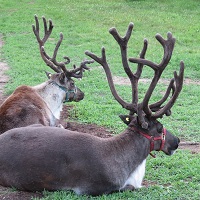 This is also totally normal 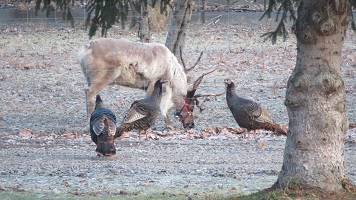 Some friends stopping by to chat 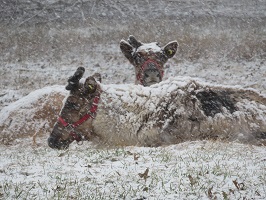 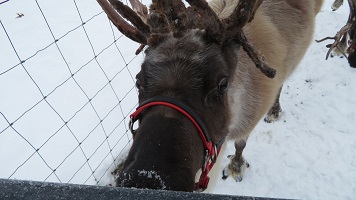 Look at those toes! 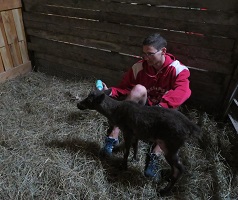